One recurring issue most teams (not only in X-Culture) face is free-riding (aka free-loading, social loafing, shirking). Almost every team has one or more team members who do not meet the expectations of their team members.

The problem is especially acute in global virtual teams (GVTs). Here is why:

In GVTs members come from different cultures and never meet face-to-face. They have less in common and are less attracted to one another. They have fewer opportunities to develop social ties and feel less obliged to one another. As a result, GVT members feel a lesser urge to put their team needs first.

Whatever the reason, free-riding is an extremely common problem. Studies report an average 30% rate for student teams, and just a little lower than that for corporate teams, with the percent being a bit higher for virtual teams than for face-to-face teams.

More on the issue here.

Below I provide a summary of what we have learned about free-riding in X-Culture, and what you as an instructor should expect, do and NOT do about it:

This indicates that at least in some cases free-riders did not contribute not because they are lazy or incompetent, but the problem is, at least partly, caused by the team itself.

As a result, the student thinks (1) he/she has a “bad” team, (2) it is X-Culture’s fault and (3) the instructor is incompetent because he/she should not solve the problem.
Worst of all, in the future, when the student will encounter free-riding again (it happens all the time) and the student again will blame it on bad luck or bad boss, and again will not know how to handle the problem.

I wish I could say I feel sorry for your team, but I don’t. What you are experiencing now is a preview of what you will experience in the future. Learn from it. If will make your life easier when you have a job and are working on a project with co-workers from around the world.

Good luck and remember, X-Culture is an exercise, not a test. As long as you do your best, I am happy, even if your team writes a so-so report.”

If you approach is like this, the student will learn that (1) it’s not bad luck, it’s life; (2) it’s not the instructor’s fault, (3) will learn from it and will be more prepared for this problem when it happens (and it will happen) in the future, (4) will appreciate the opportunity and give you higher course evaluations and (5) you don’t have to waste your time on contacting the X-Culture Admin and trying to do something about it.

I strongly encourage your comment and suggestions on the issue. If you have ideas for how we can further reduce free-riding, or for better policies with dealing with it when it occurs, please let me know. 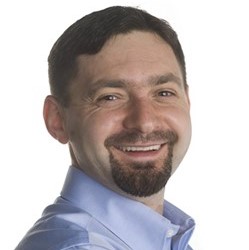